I know you know all about Pinterest.  But do you know all about how addictive it is?  Do you know you cannot look at pictures of a fairy garden without wanting to make a fairy garden?  I have nearly 450 pins on my Fairy Garden Board, you can find it here  http://www.pinterest.com/candystefan52/fairy-houses-and-gardens/.  After you look at a few of these lovely little gardens you will know what the attraction is.  After nearly a year of drooling over someone else's fairy garden, I have finally made my own.  Last year I wanted to make a Secret Garden out of a book.  When my son Chris and his wife found out about my new interest they sent me a set of fairy garden wrought iron trellises, furniture, and gates for my birthday. At Mother's Day they sent my fairies (yea!).  Over the year I found a few things here and there that I incorporated into the fairy garden. 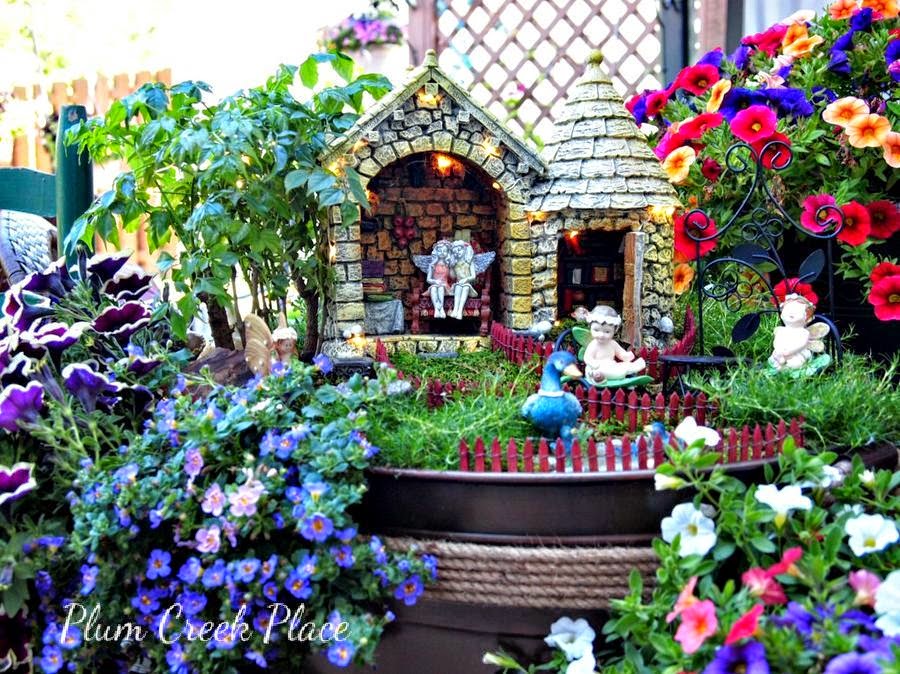 I started with a container that I found at Marshall's.  I used my two ten dollar off coupons. After tax I paid less than two dollars for the tub. 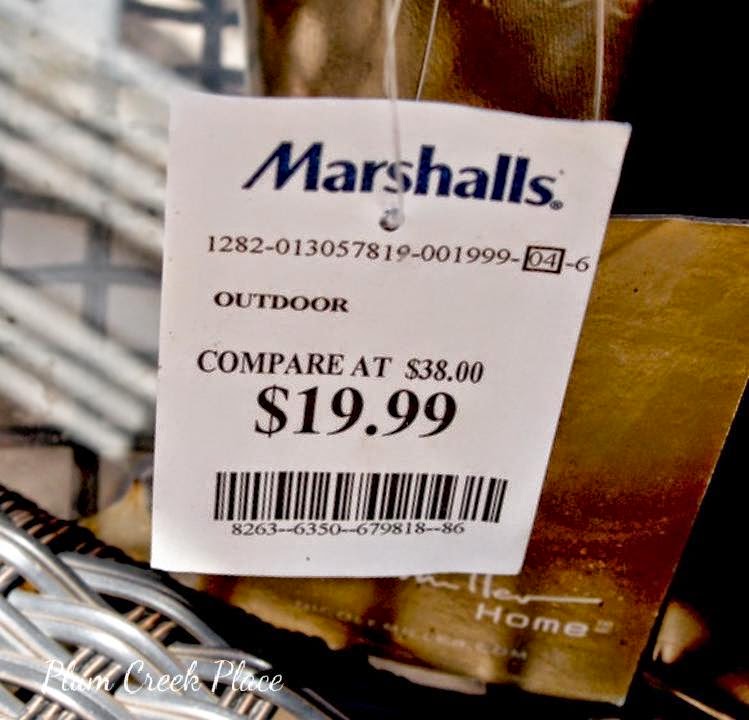 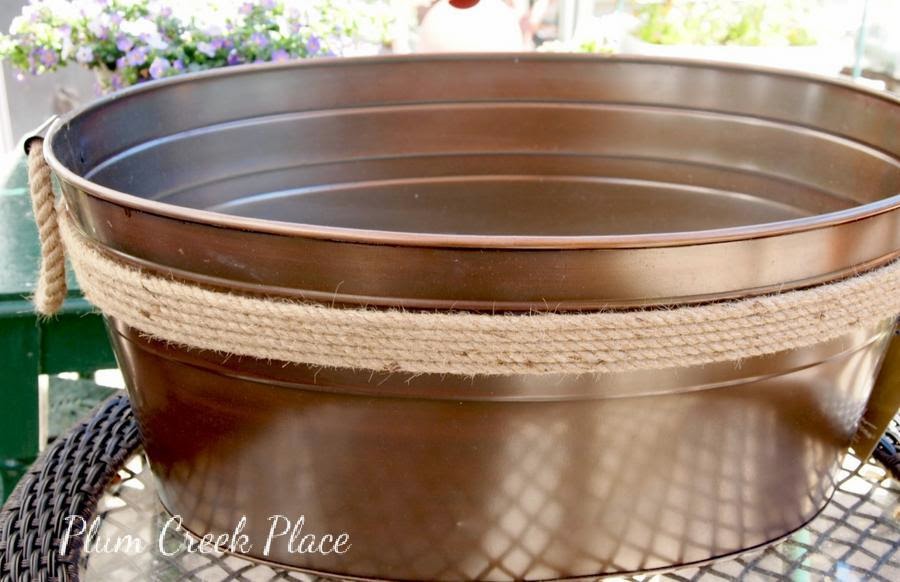 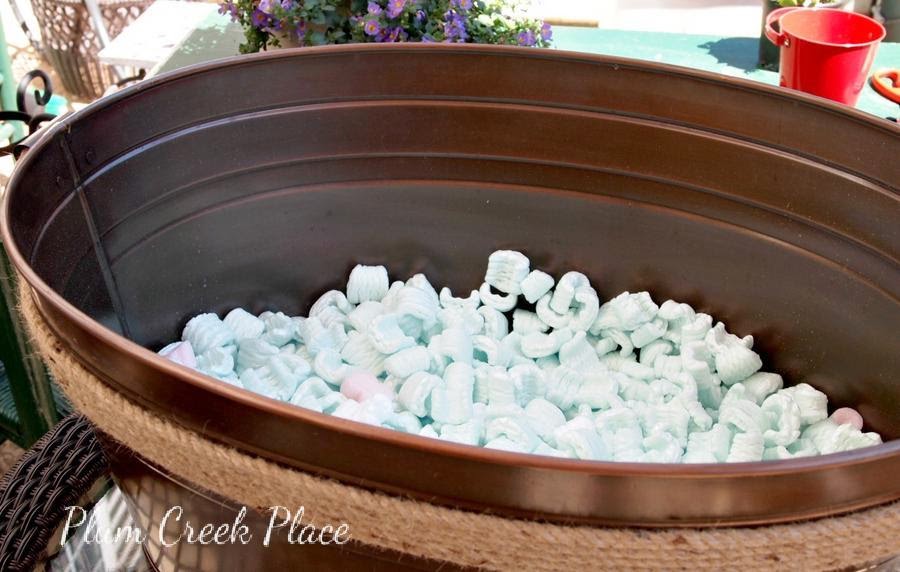 I filled the bottom third of the tub with shipping popcorn and  filled the rest of the tub with moistened potting mix.  I set my "fairy house" and some plants I had been collecting into the tub and played with them repositioning them until I was happy with the configuration. I designed the garden to have an attractive front view and an attractive back view independent of each other. 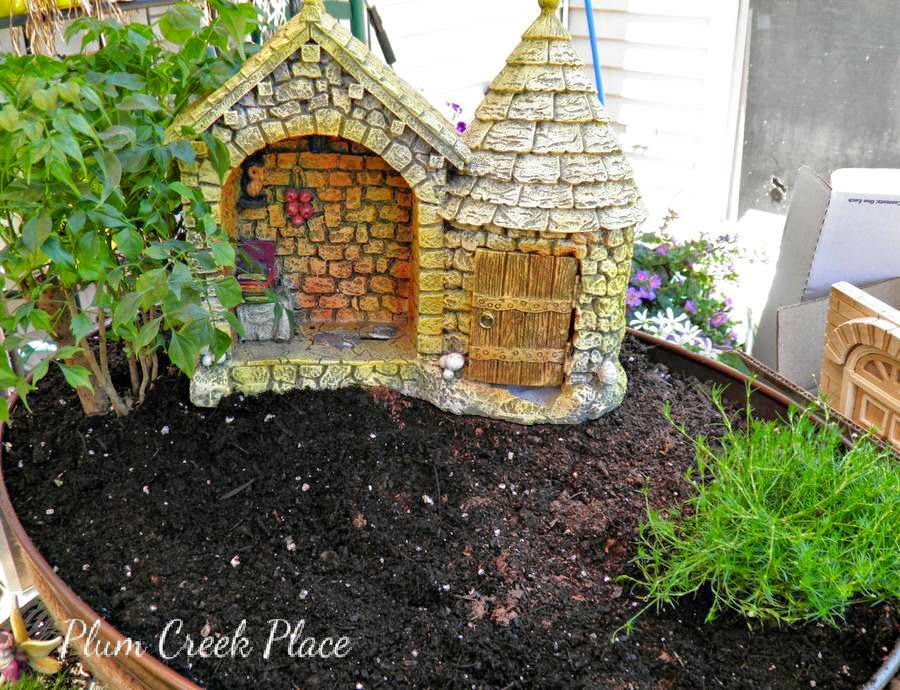 The fairy house was a wizard house complete with gargoyles that I found at Goodwill. I chiseled that wizard and gargoyles out of the house voila! a fairy house for four dollars (less my discount of course). The little tree is called China Doll, I found it at Marc's.  The moss is Scotch Irish moss form Home Depot. I do not know the name of the flowers hanging over the side of a tub.  I took them out of a hanging basket that I had bought at Marc's for this purpose. 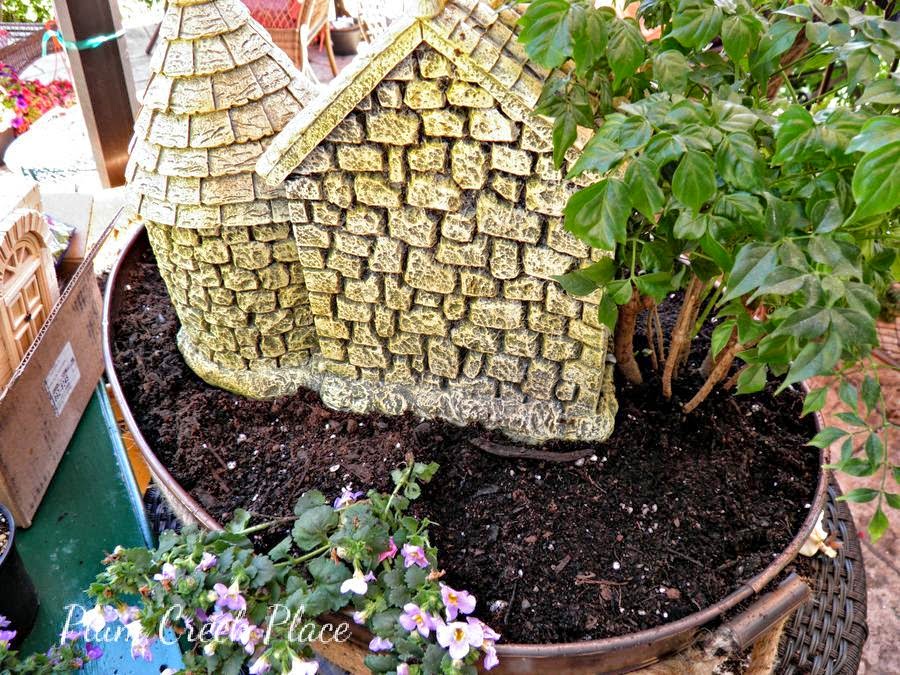 Then I added fences and trellises (and fairies too) and moved them around until I was happy. 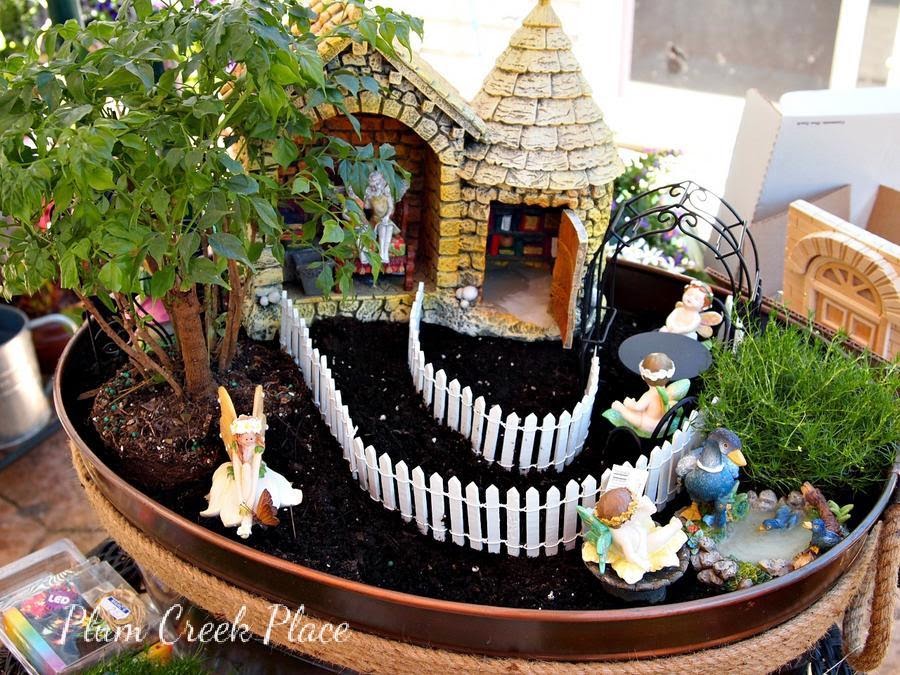 The fences came from my collection of Christmas Village fencing.  I did end up using a smaller brown fence.  I will probably still change  the fence again. 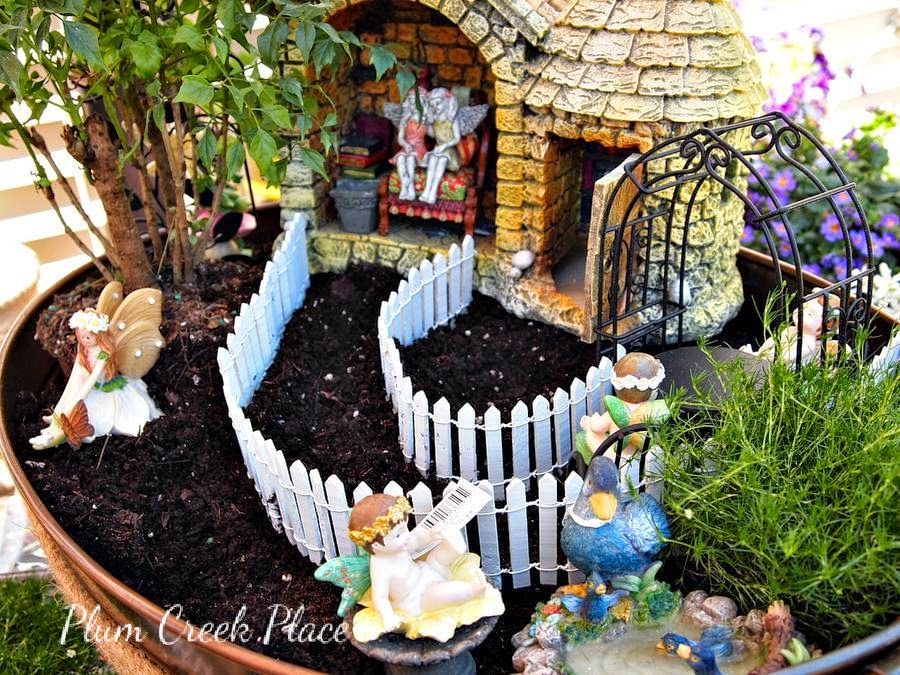 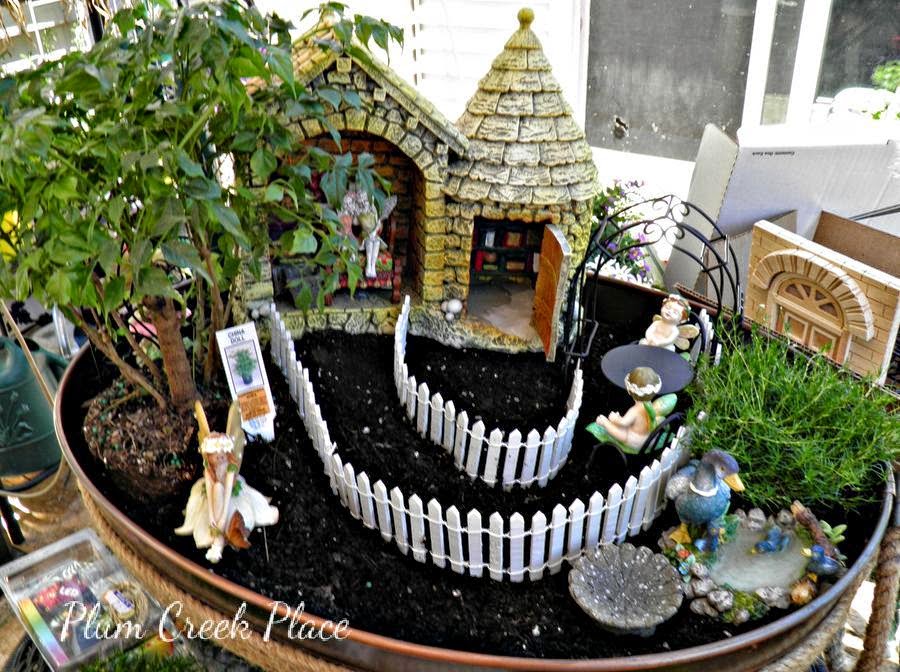 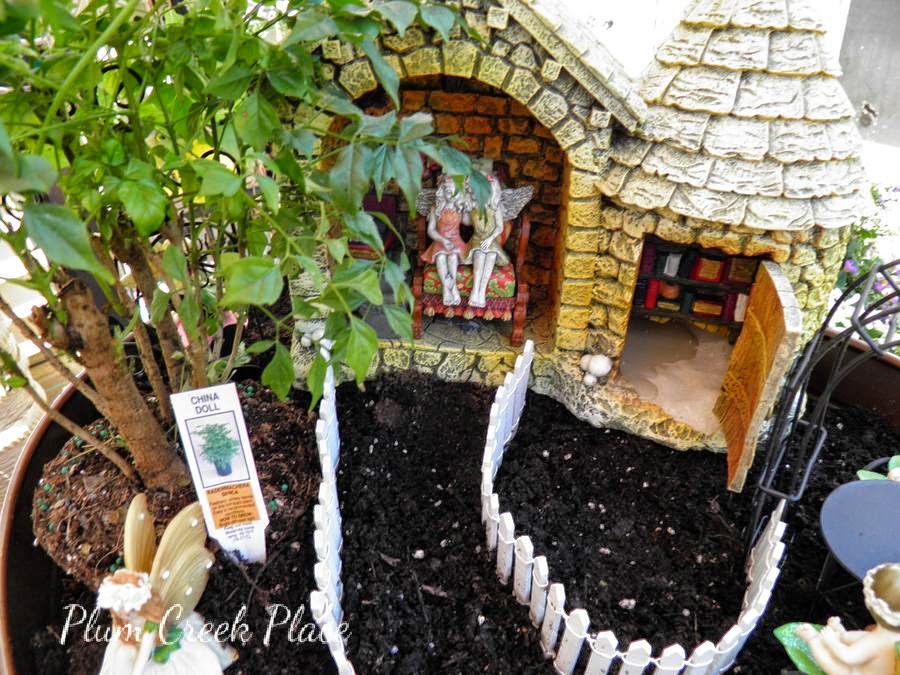 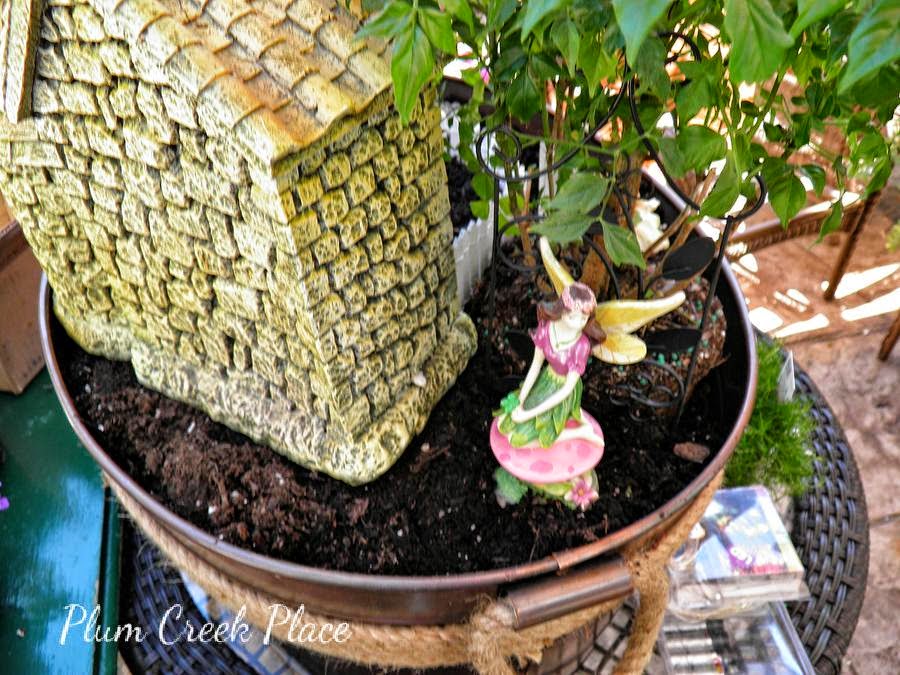 I ended up repositioning the house to leave a little more room in the back for the garden arch and another fairy. 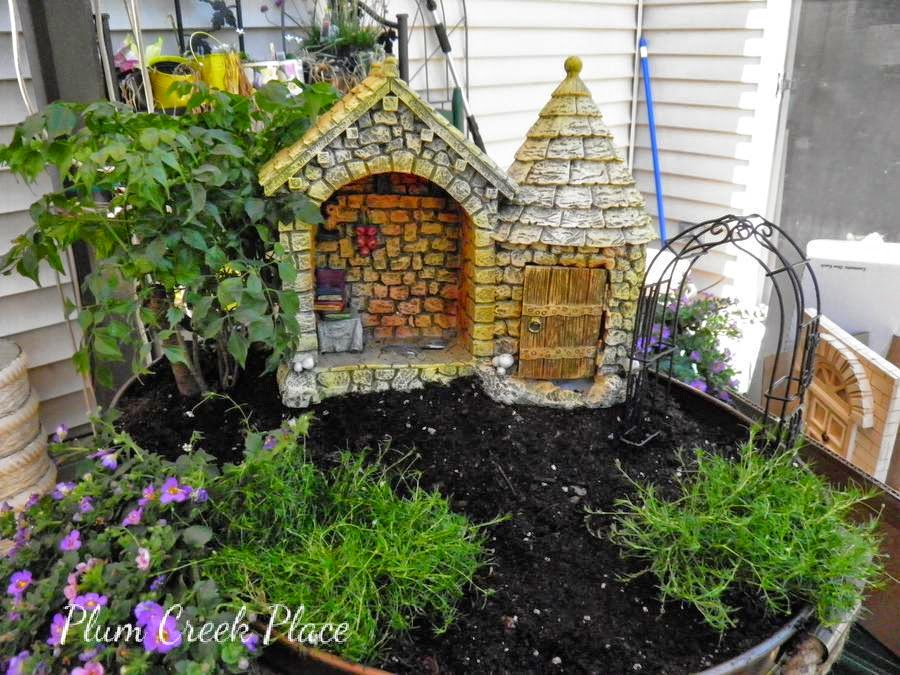 I placed the battery pack to the lights in the bottom of the turret and hot glued the lights under the eaves and inside of the rooms, Laid dried moss in to the areas of exposed soil (to keep weeds from popping up I hope).  Now please understand that this is my first attempt at making a fairy garden and I will be tweaking it for weeks, but for right now I am pretty happy with it.  It needs a little more of a polished look (but not to much) and a little bit of a better definition of the spaces. 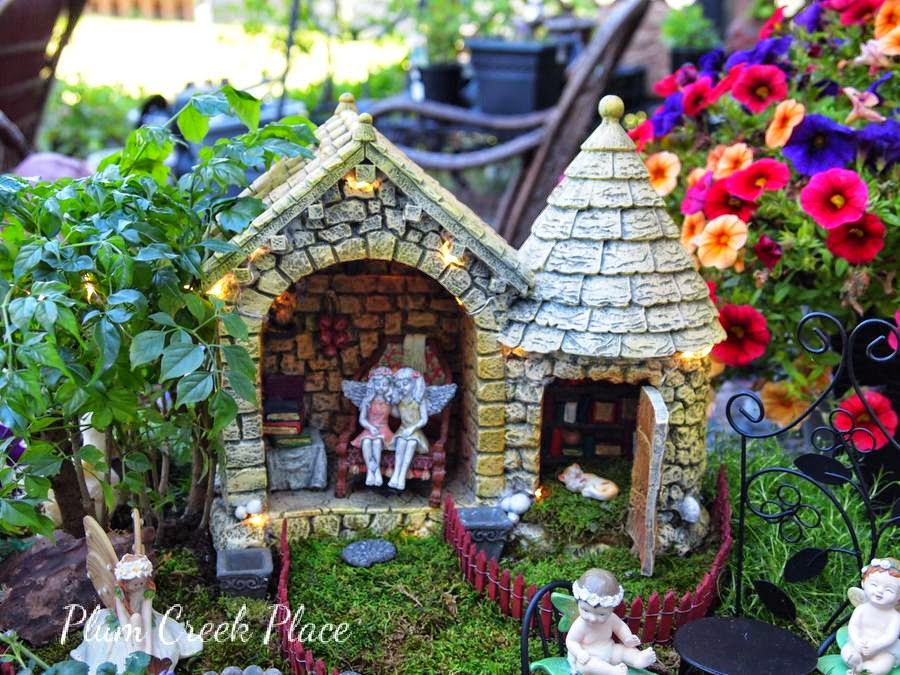 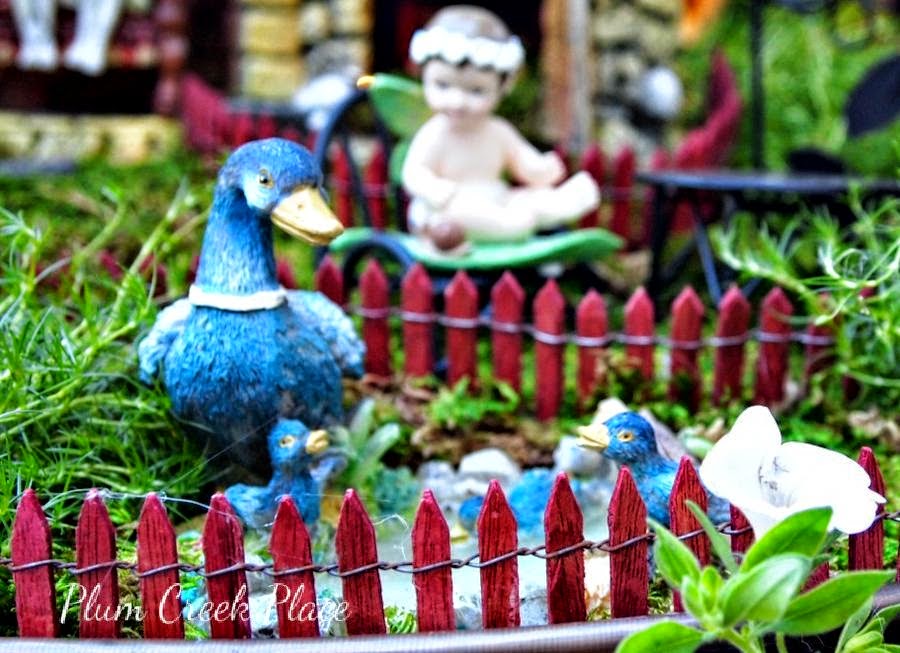 The twin fairies were my Mothers Day gift - Thank you Chris and Genia. 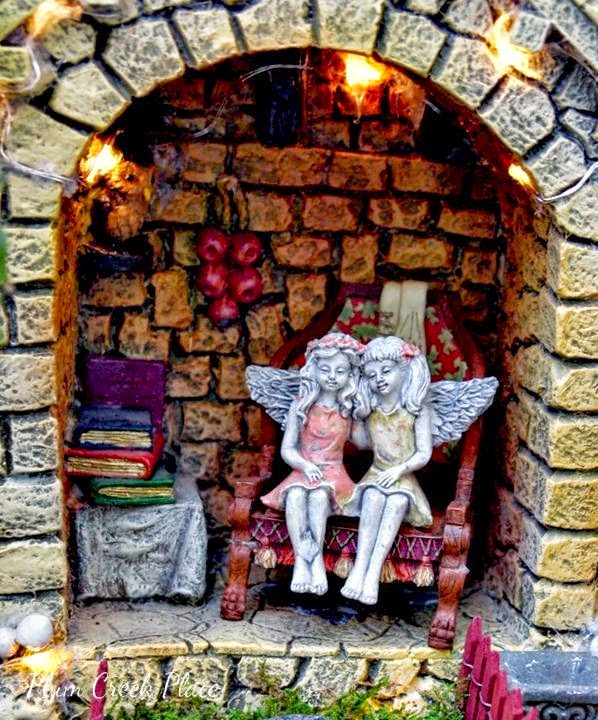 I found the fairy below at Goodwill. 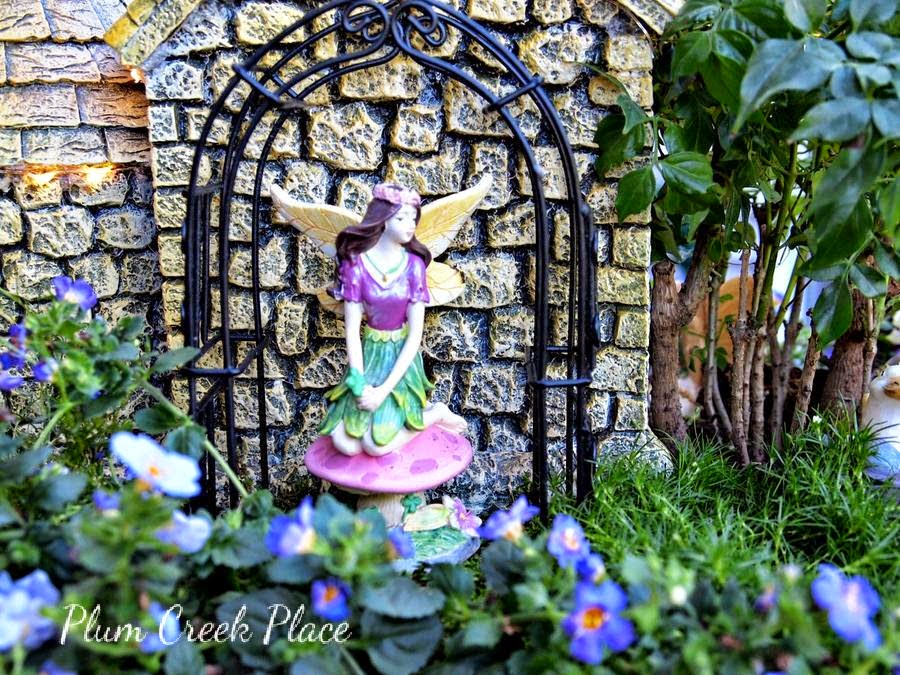 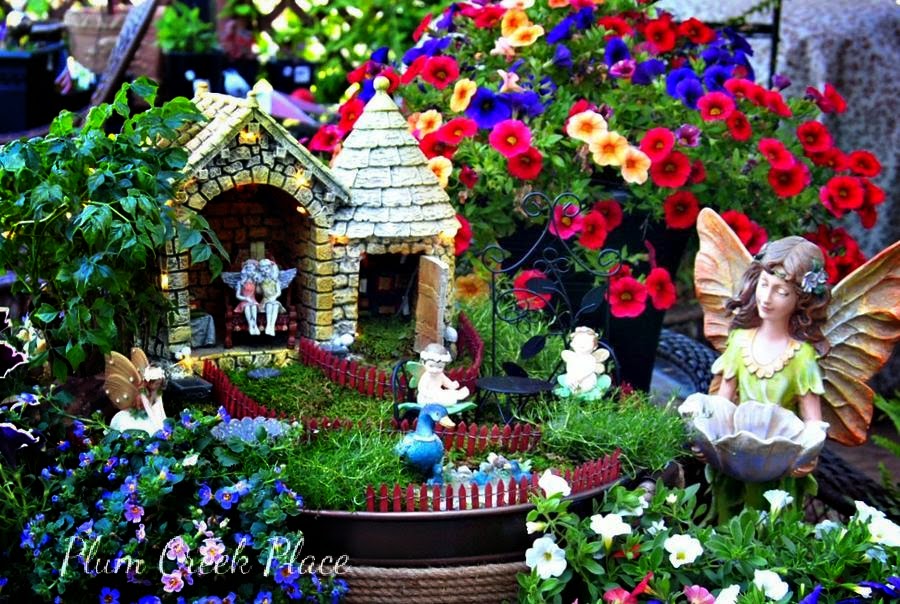 This little chair came from the Goodwill store near where I work.  It fits the twin fairies perfectly. 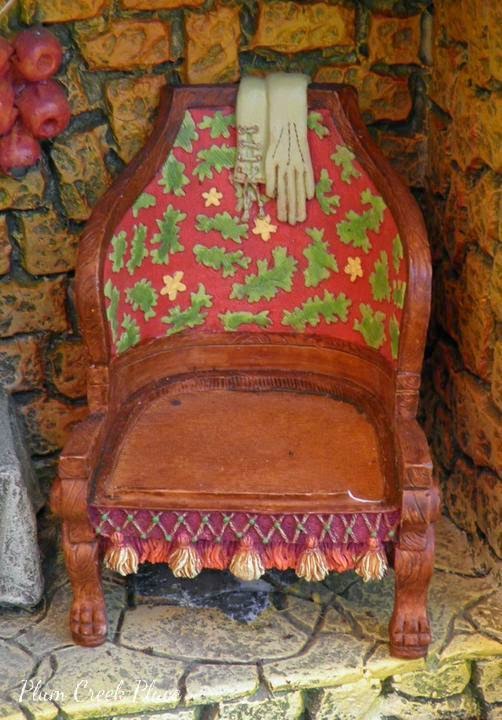 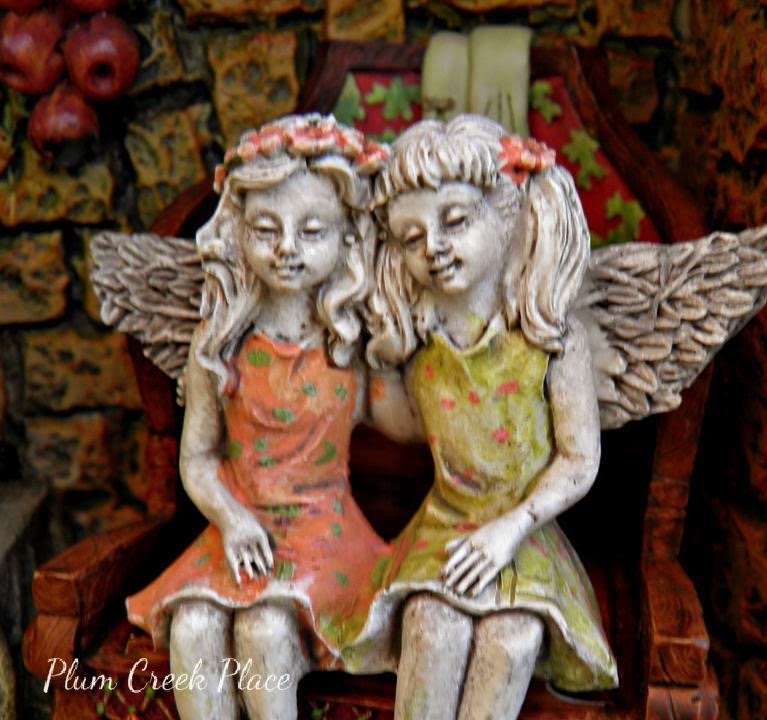 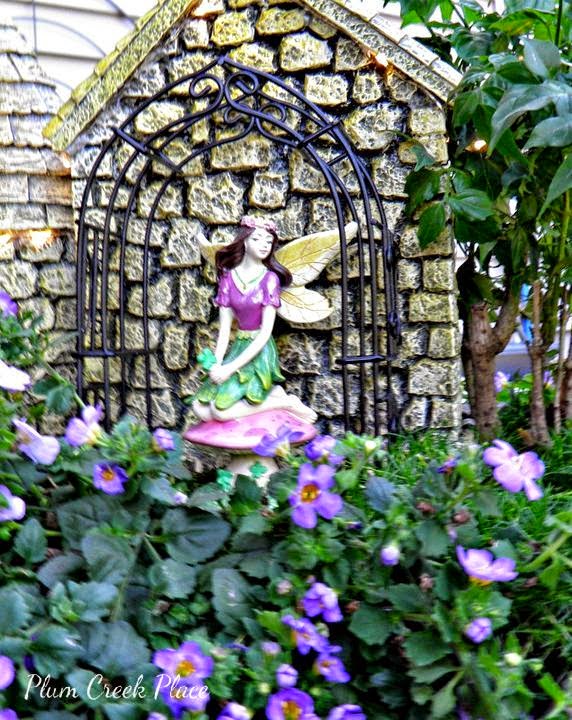 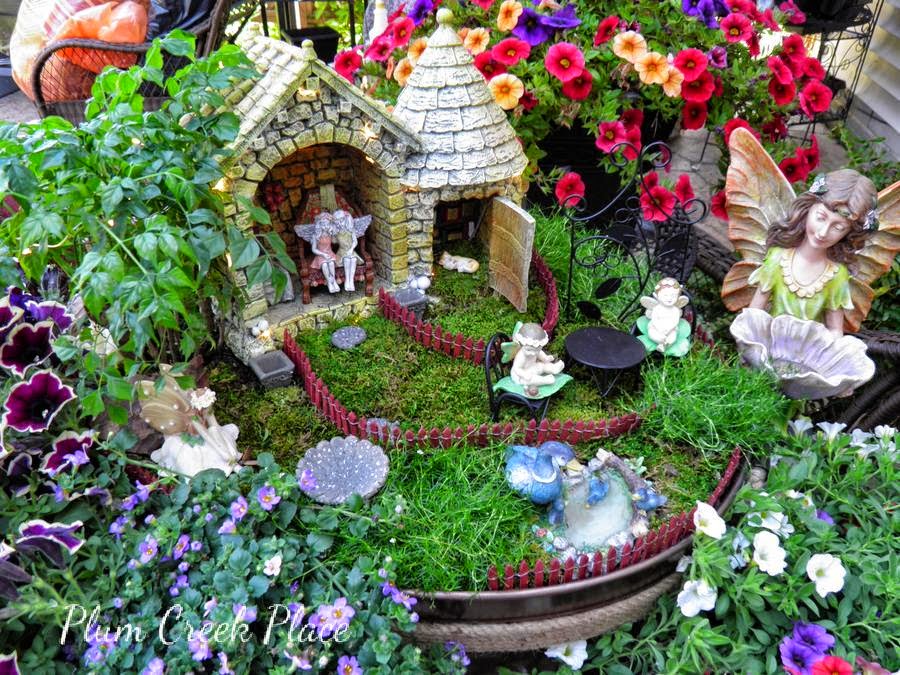 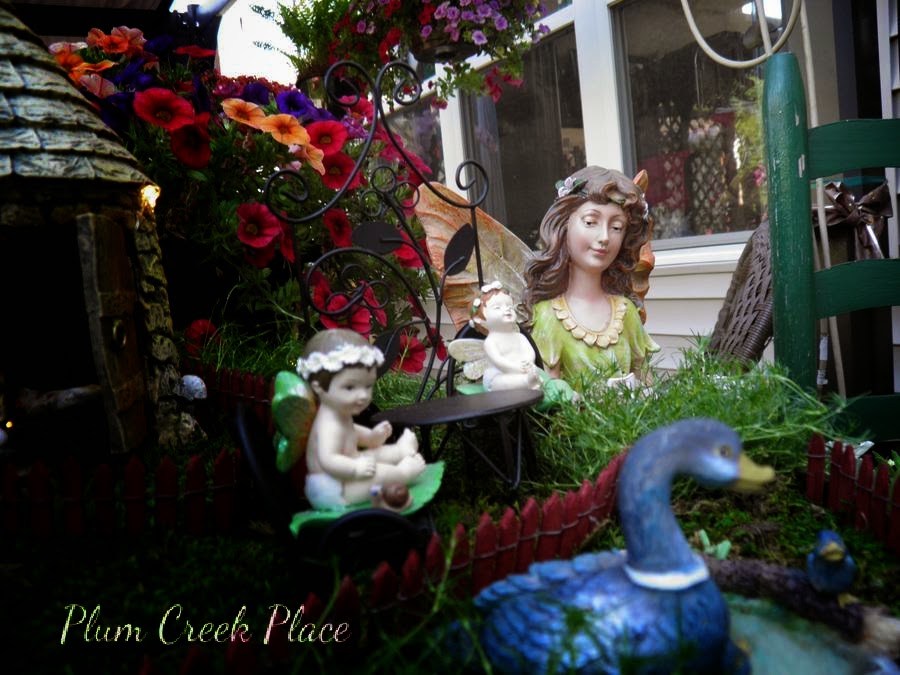 This fairy light was a Mother's Day gift from Chris and Gen too. 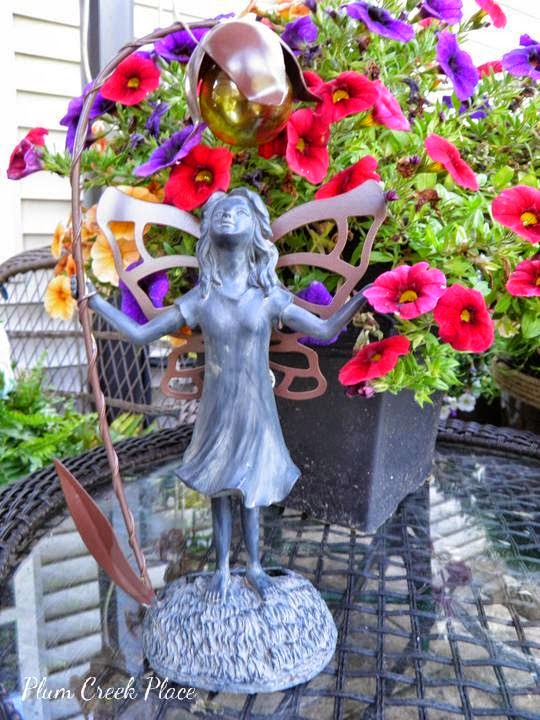 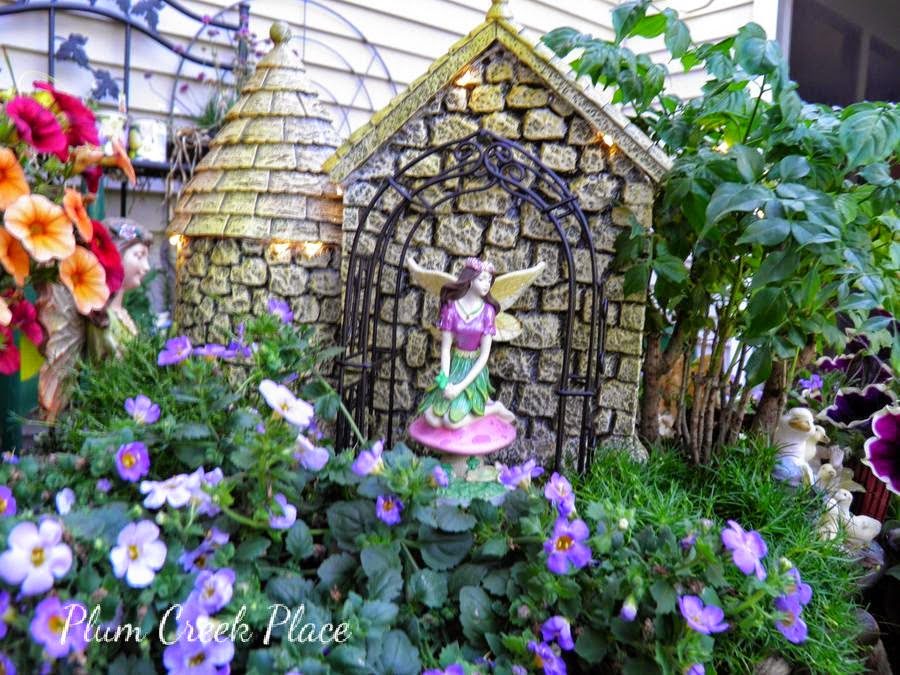 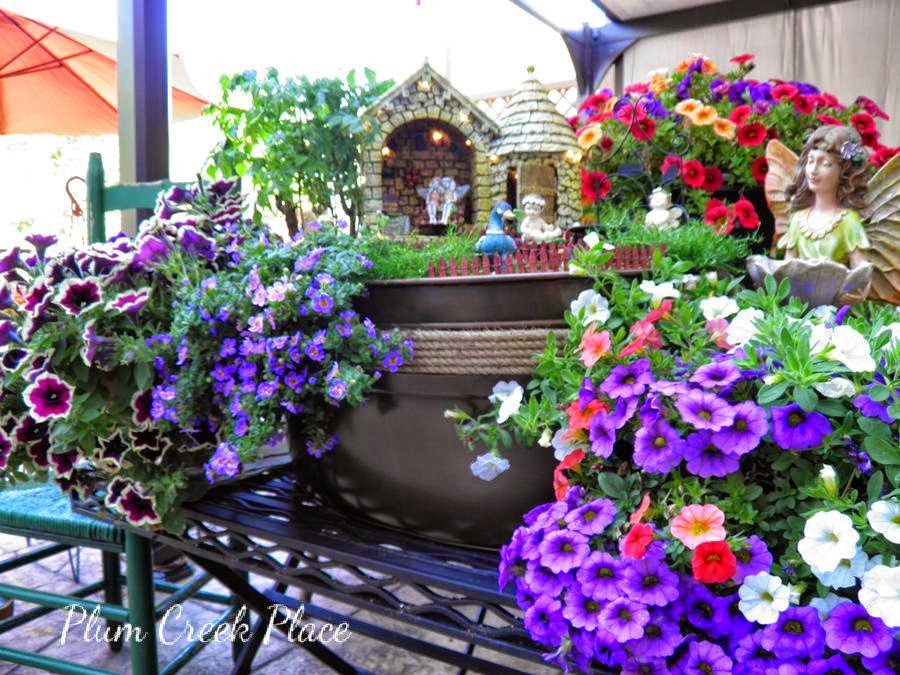 It was a very long hard day.  I worked in the yard to finish planting and mulching so I could get to making my Fairy Garden.  I am glad I did.


Thrift on ladies, thrift on

Meet the Neighbors at Housekaboodle

Anything Blue Friday at The Dedicated House