I don't know about you but I have been under the influence.  Under the influence of Pinterest that is! I had become obsessive looking for the perfect holiday decor to use in my home for this holiday season.  Every time I would pin an idea another would come along and just like that I was off in another direction ricocheting across the internet!  I finally settled down a bit when I started looking in my own backyard at all of the inspiration that I had bookmarked over the past seven or eight years.  The people and the blogs that had inspired me to blog,  the posts that I had seen at Alma's Seasonal Sundays, Susan's Tablescape Thursdays, and Kathleen's Let's Dish parties.  These are the people that inspired me along with their many followers that have shared their own posts through the years. One of my favorite inspirational tablescapes has been Lori's "Snowflakes and Ice" Tablescape from Dining Delight posted on January 14th in 2012.  Lori shared this tablescape at Tablescape Thursday and Seasonal Sundays plus several other link party sites.  The sparkle and shine of this beautiful table would brighten anybody's winter day.  This is one of several winter tablescapes that Lori has created with snowflakes,  glistening icy crystal like trees,  sparkling deer,  and delightful happy snowmen.   Make sure to get over there to visit and check out her wonderful tablescapes listed on the sidebar by clicking HERE.   I have been gathering snowmen and crystal trees at the thrift stores for nearly two years to use for icy sparkling winter tables this year and when my oldest son said he wanted a Winter Wonderland tablescape for his birthday (I think he wanted to try his new camera out) I knew this would be the table I would create. 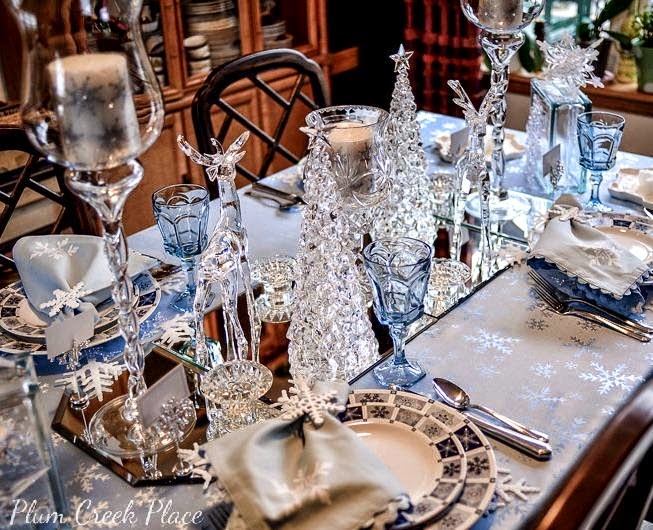 The deer were bought at HomeGoods this year and the large snowflakes under the plates came from the Dollar Tree.  The plates are part of a Sakura Winter Frost set that my sons Rick and Bob gave me for my birthday.  The snowflake napkin rings were sent to me from Marigene at "In The Middle of Nowhere" when I had lamented about not having found any suitable napkin rings to do this table. 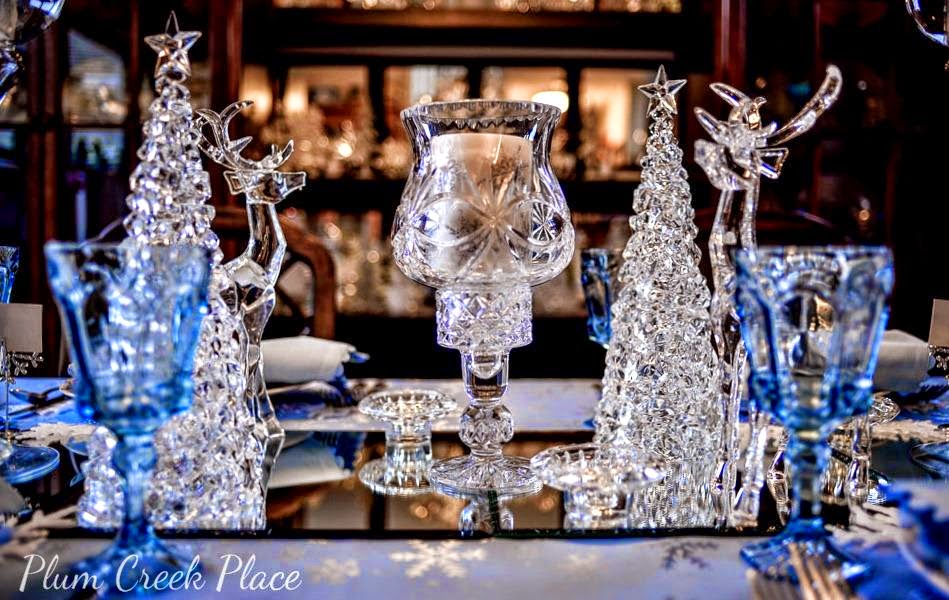 All of the stemware, candle holders, and tablecloth are thrift store purchases. 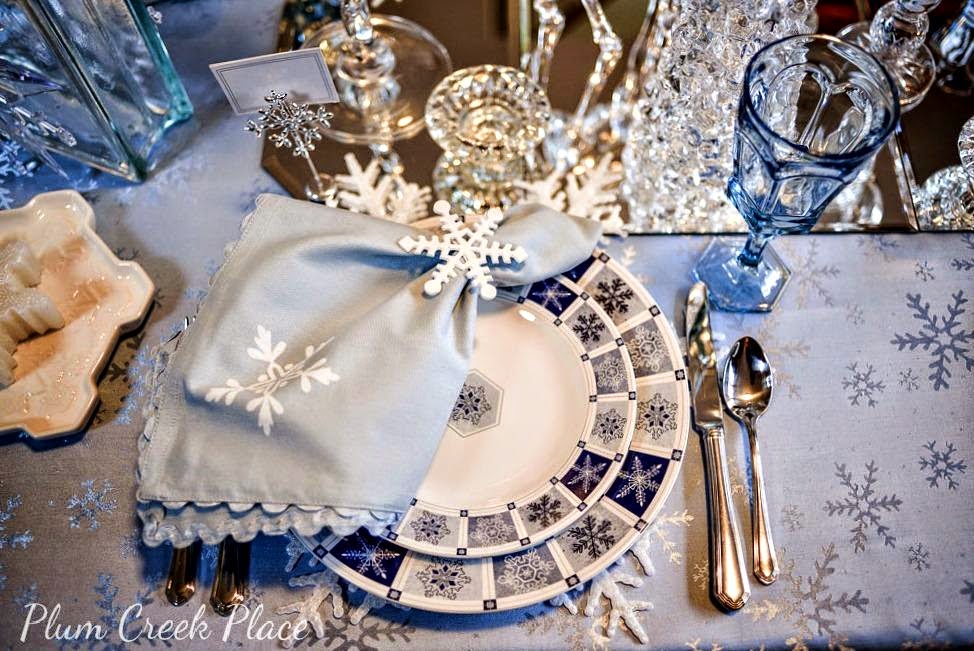 The flatware is Lenox - eight place settings bought at a garage sale for three dollars.  The plates are actually more of a baby blue and navy blue on white.  Sometimes I can not figure out why  some photographs do not capture the true colors of an item. 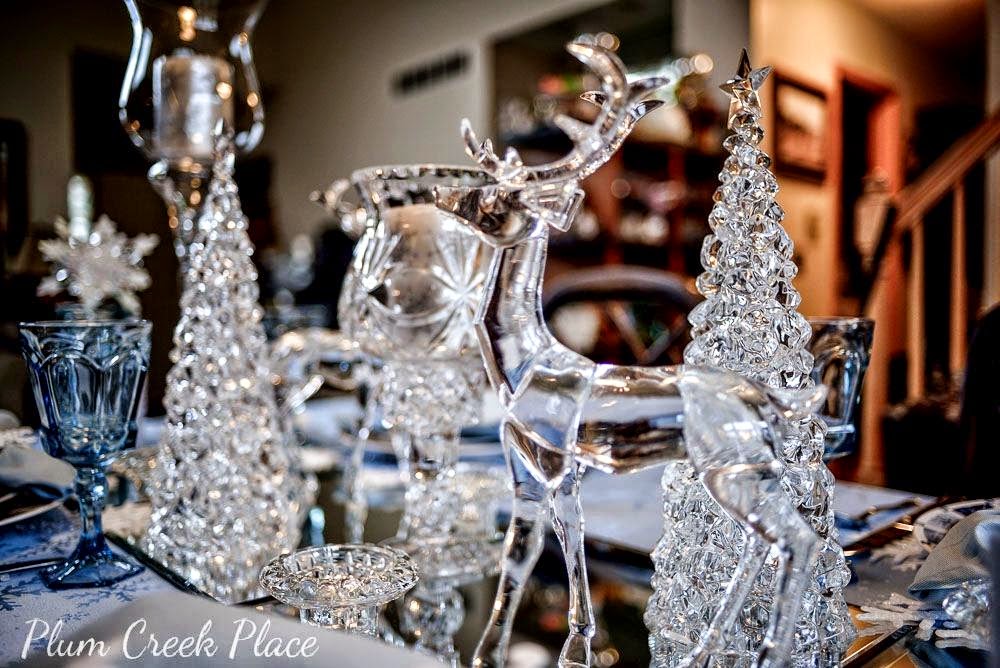 I was very pleased to find the deer at HomeGoods this fall.  They were just unpacking them when I saw them on the cart.  The young man helping me get them off the top shelf was so tickled that I was so happy with them. 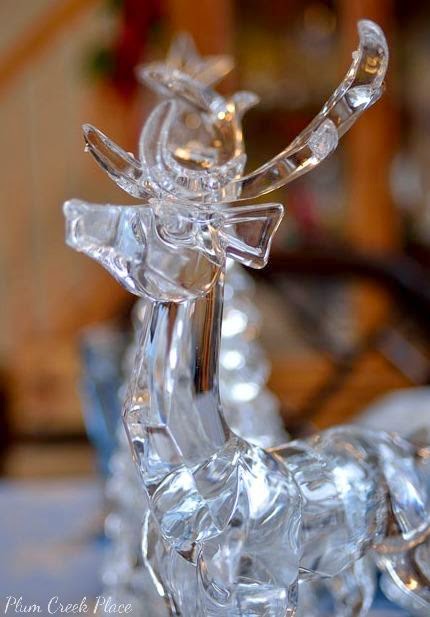 The HomeGoods price was reasonable enough for me.   The deer that I had found out on the internet had been priced outrageously! 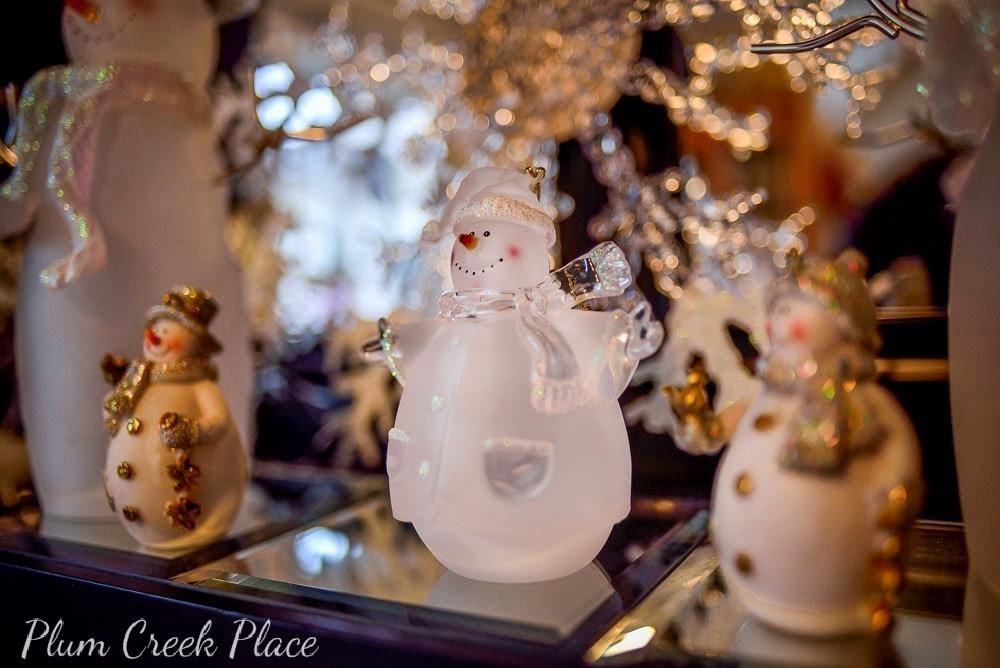 Little snowmen have been hoping into my cart while I have been out thrifting for years.  You will be seeing more of them over the next week or two. 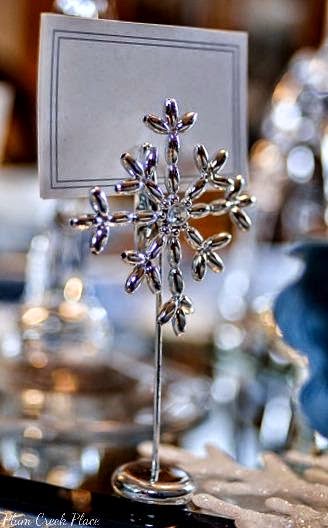 The place card holders were a lucky find at the Salvation Army Family Store, they were new in their original boxes. 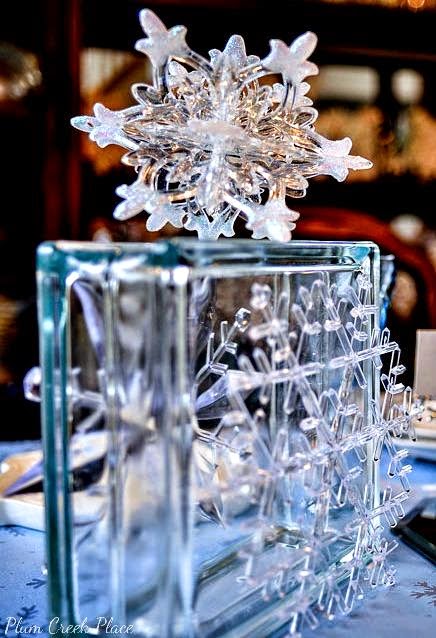 I had several glass blocks in my stash bought at thrift stores over the years, but I did buy two more at Hobby Lobby when they were on sale at half price. 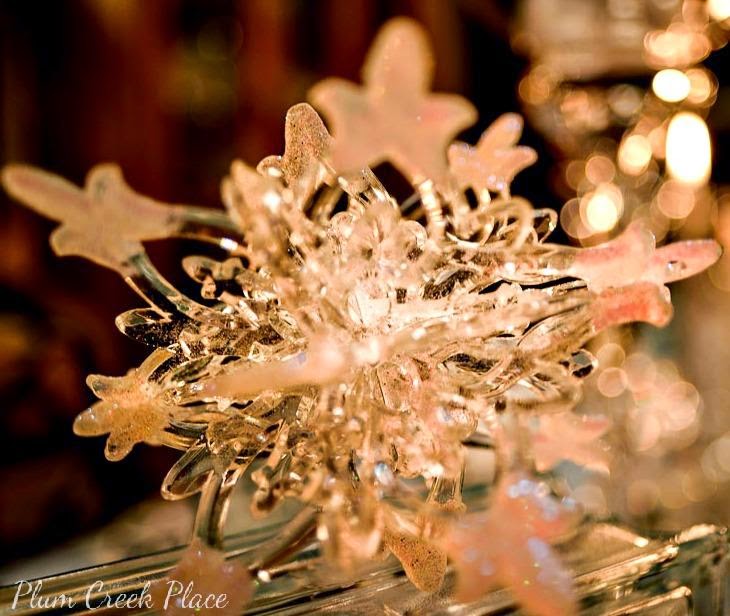 Marc's had an amazing assortment of snowflakes this year.  I was like a kid in a candy store running around and buying snowflakes and icicles for this table and for the tree.  There were glass snowflakes and many assorted acrylic snowflakes.  The icicles I found were made of glass and 10 inches in length. At 66 cents each you know I stocked up on icicles! 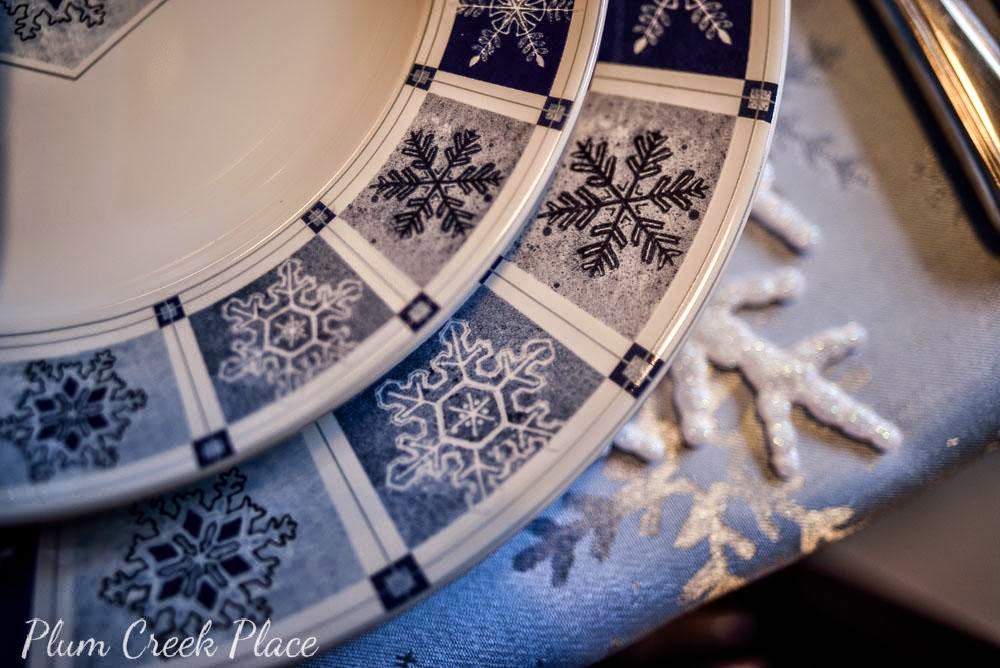 It was dark by the time dinner was served for the birthday party so Rick took some pictures by candle light before we sat sown to eat. 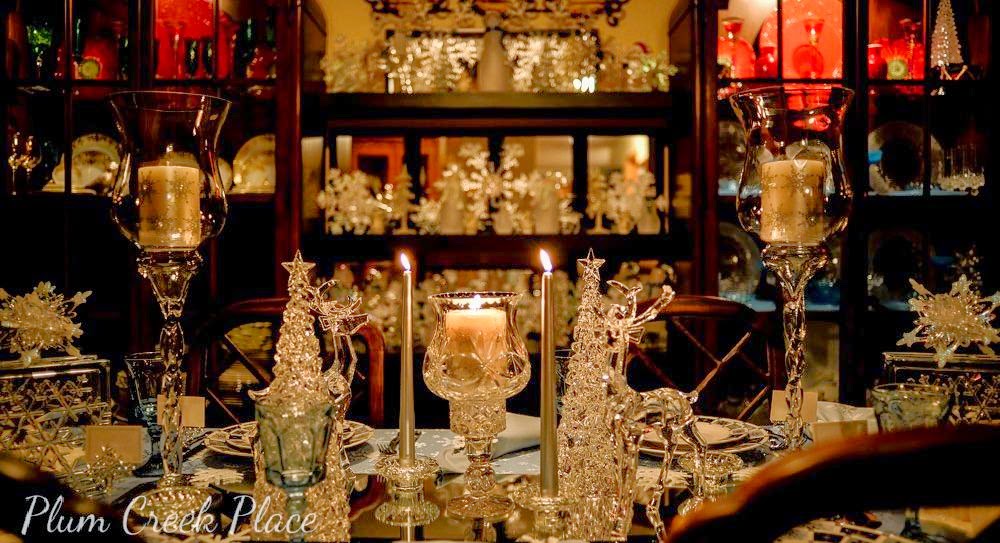 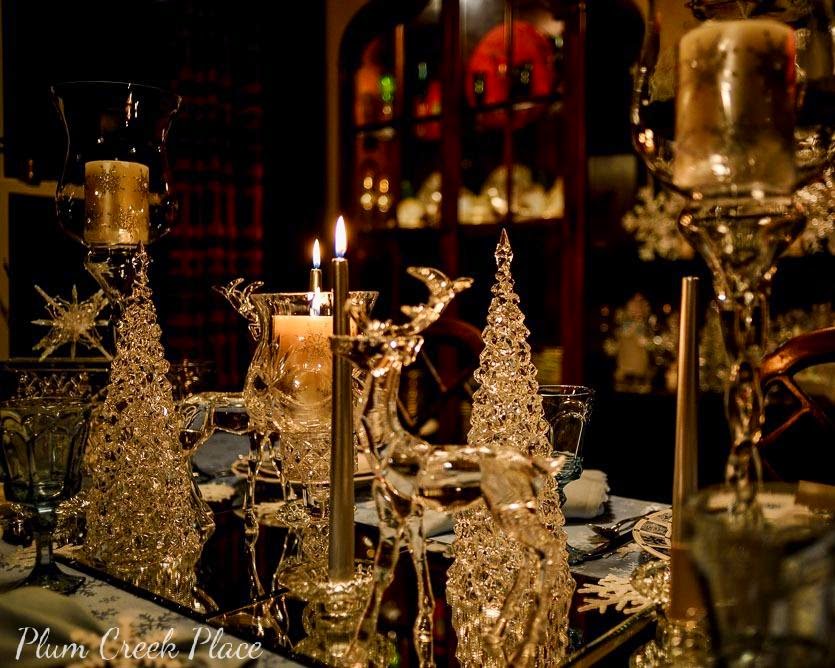 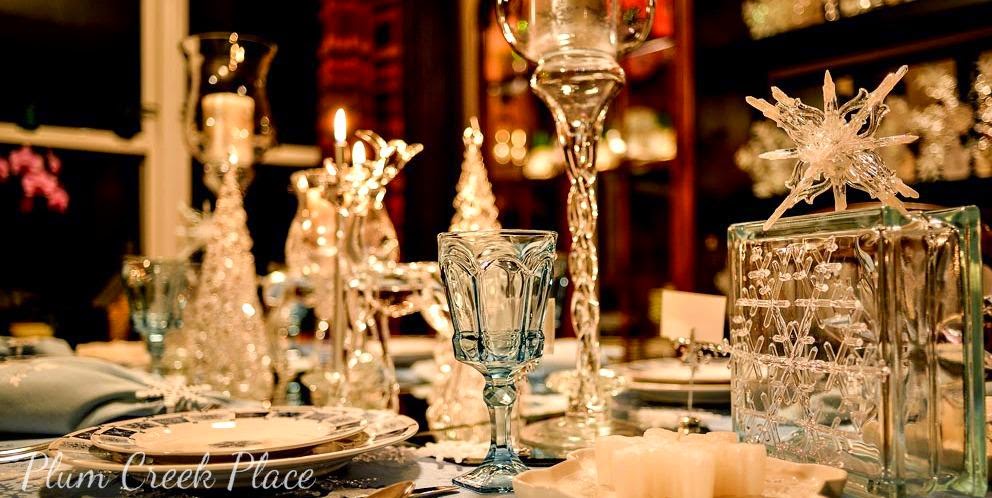 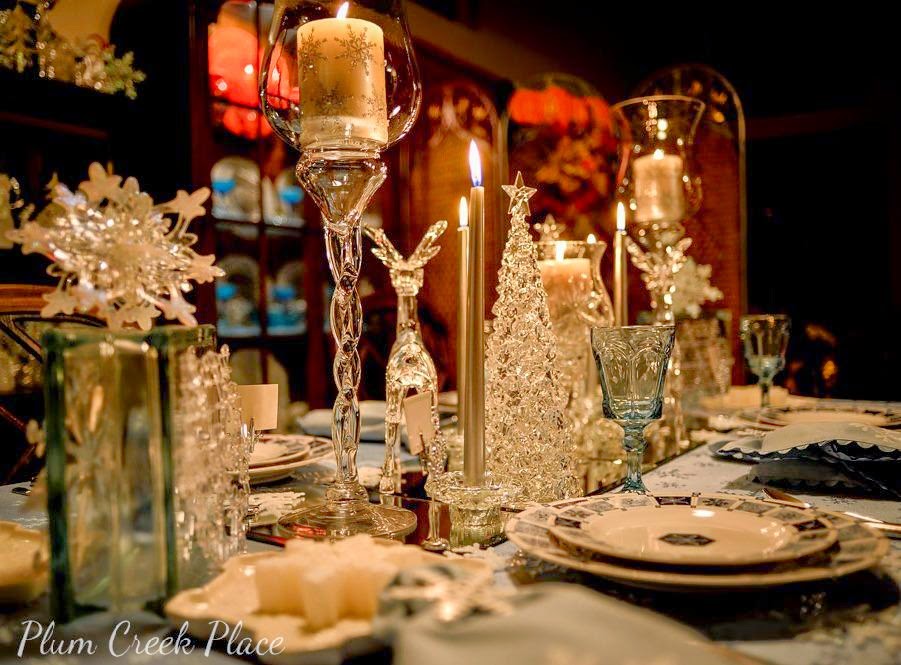 I had originally planned a hunt tablescape for Rick's birthday dinner (as in everything was all washed, pressed and ready to go),  his birthday is early in November and when he said he wanted a winter wonderland tablescape for his birthday dinner I had to get busy and remove all of the fall decor on the shelves and rearranged the china cabinets for the holidays.  I went off to the storage unit and picked up all the little goodies that I had been packing away for this table for so long .  Linens were washed and ironed and all the glass was washed and shined for the occasion.  That was on Saturday - the dinner was on Sunday.  And on Monday all snowflakes and ice was packed back away and all of the fall was returned to the dining room until after Thanksgiving. 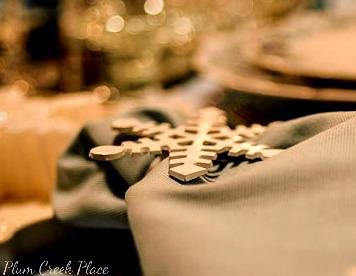 The other inspiration this year has been from my husband's little grand daughters.  It started last Christmas with the movie "Frozen" from Disney.  The girls have been endlessly fascinated by the movie and run around their house singing "Let It Go"  and if they are not singing "Let it Go" their little Elsa dolls are.  I decided to take my inspiration from their inspiration "Frozen".  I had always put up a traditional Christmas tree in the living room but this year I decided to "Let It Go"  and do a "Frozen" Christmas tree in the living room (there will be a traditional tree in the family room).   The Christmas tree was started on Monday - just a bit more tweaking before the skirt will be placed beneath the tree and it will be done.

I am still working on it.  The color distribution of the ornaments takes time. But you will get the general idea from the pictures.  Thank goodness for Marc's and the Dollar Tree. 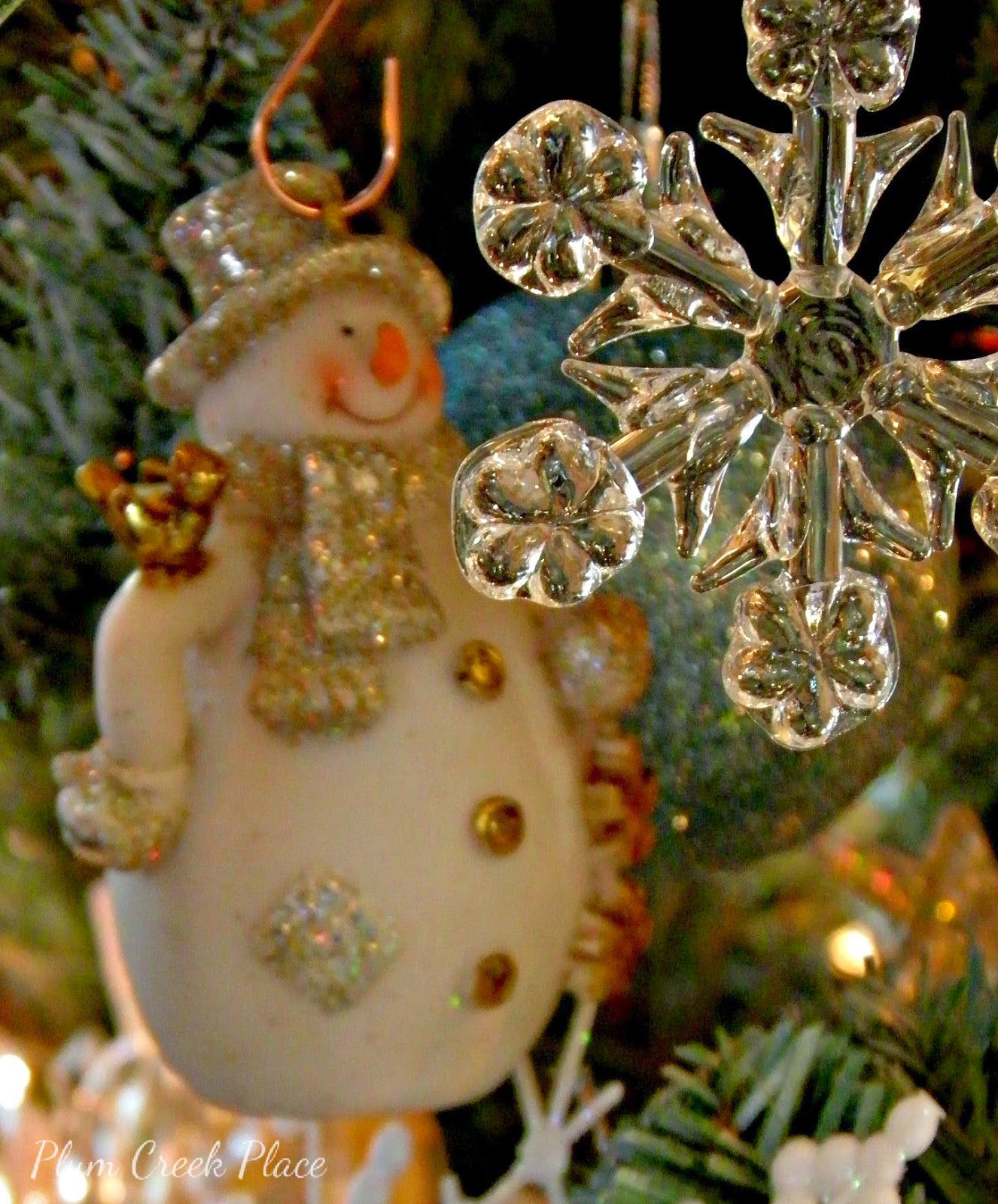 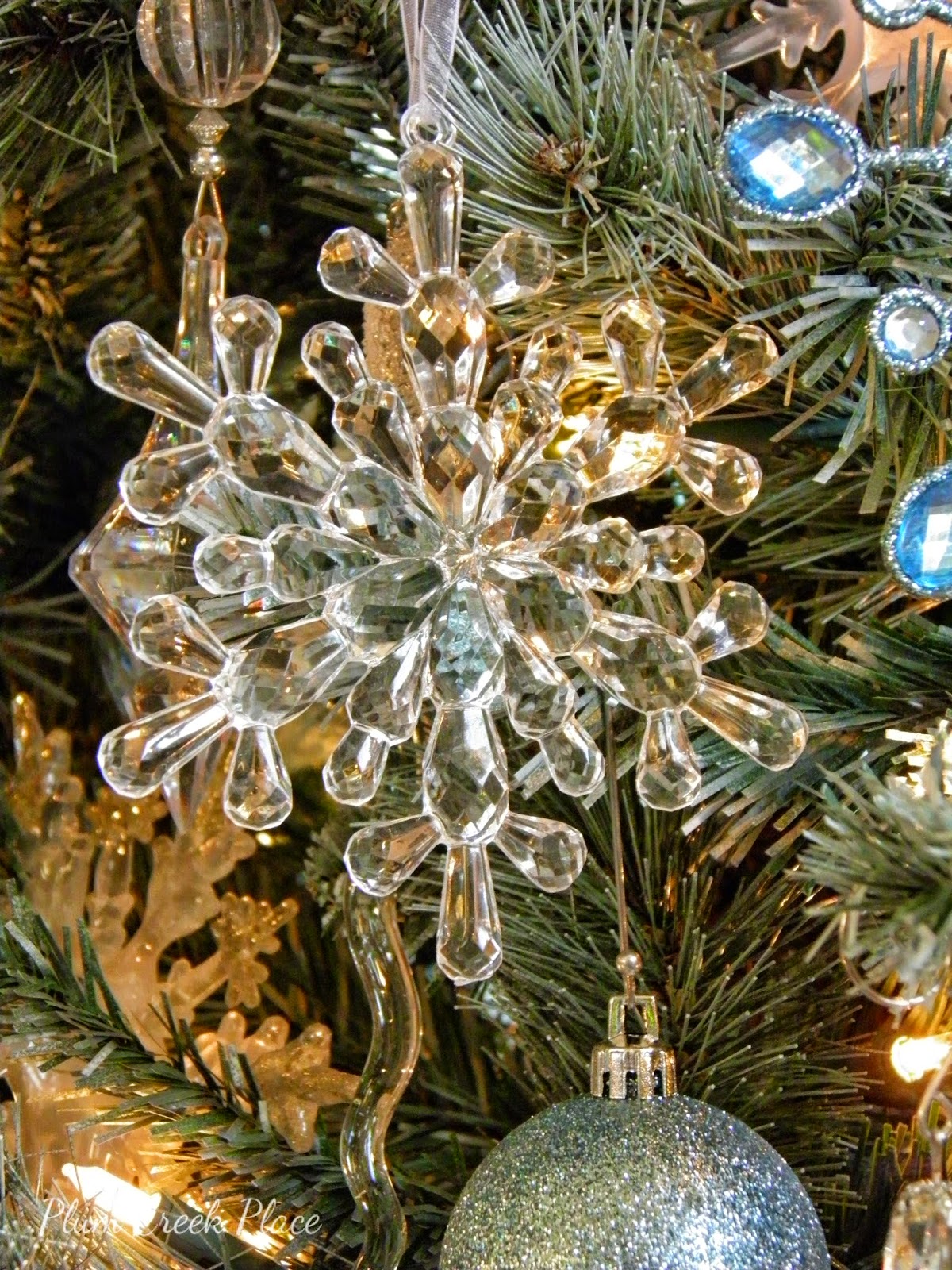 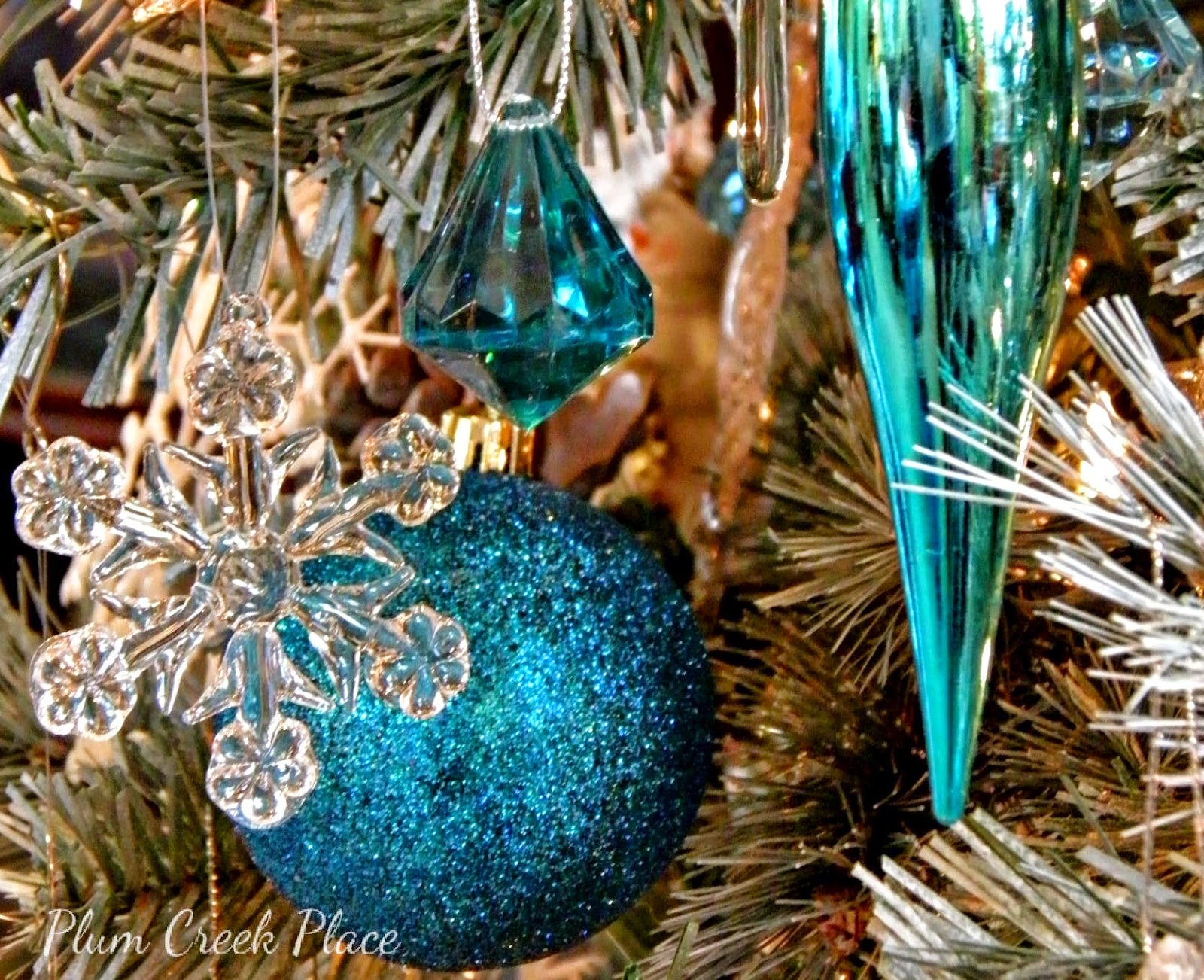 From the other side:

Have a wonderful week.  Remember to thrift on ladies, thrift on.

Kathe's You're Gonna Love It