21 Days Til Christmas - Diary of a Christmas Countdown

Way back in the winter of 1971 my son Robert fell in love with Gene Autry's  song  "Here Comes Santa Claus (Right Down Santa Claus Lane)".  Now my little Bobby was teething and just past six months old at the time. His teeth were erupting (they were really big teeth for such a little baby) and causing him a great deal of pain.  He would cry and cry at night until I would get him up and take him into the living room and put our Gene Autry Christmas album on and let it play.  It seemed that  "Here Comes Santa Claus" soothed him more than any of the other songs.  I would keep reaching behind me and lift the needle (yes it was a record player) and set it back down to play this song over and over until he would finally go to sleep.  Well this did not end at the holidays or Valentines day or Easter -  it went on forever.  By the the time Bobby was a year old I had listened to that song thousands of times.  My husband was ready to go running stark raving mad out into the streets by then.  And then I saw a baby doctor (Dr. Lendon Smith) on one of the TV talk shows (probably Phil Donahue) answering a question from the audience about how to get her son (also over a year old) to go to sleep.  The gist of his answer was to put him in a room in the furthest corner of the house after he had been fed and checked to make sure he was dry and comfortable, then shut the door and put the earplugs in.  I gave in after an hour or so on the first night (my husband was not happy with me over doing that).  The next night I stuck to my guns, and for two more nights after that.  It worked!!  Finally I had peace and quiet so I could sleep like a baby again. 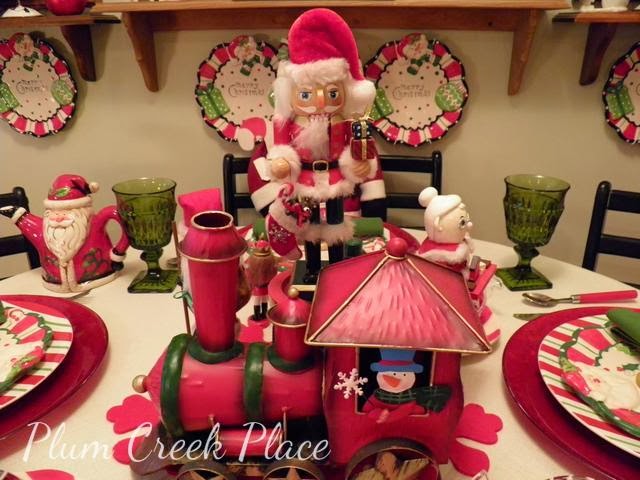 According to Wikipedia  (I really need to send them a donation) Gene Autry wrote this song after riding his horse in the 1946 Santa Claus Lane Parade. The crowds of spectators were chanting "here comes Santa Claus" and this inspired him to write this song that Oakley Haldeman then put to music. 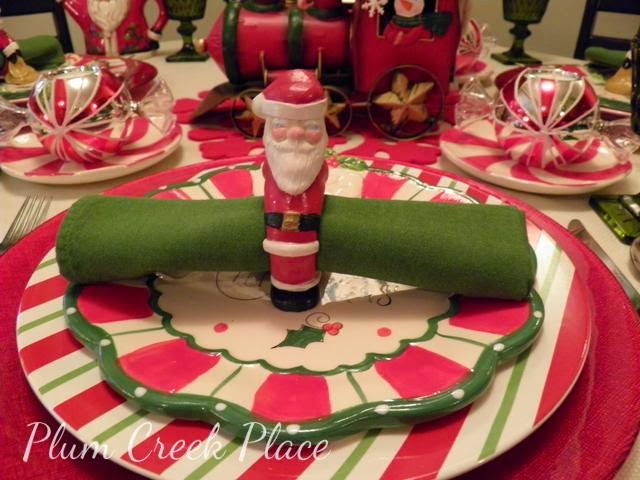 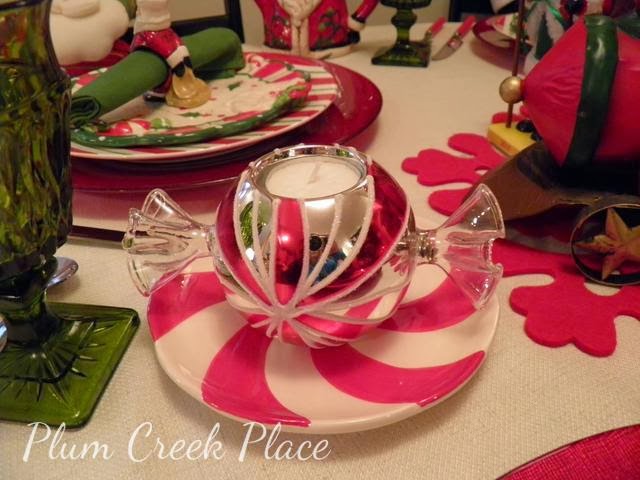 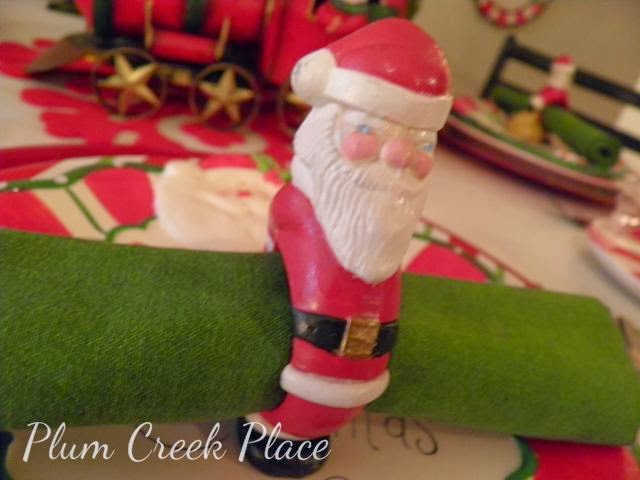 Bells are ringing, children singing:
All is merry and bright. (as long as baby sleeps tonight) 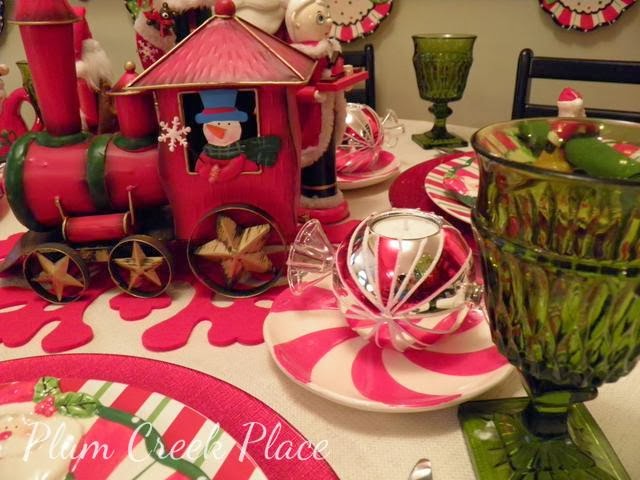 Hang your stockings and say your prayers,
"Cause Santa Claus comes tonight. 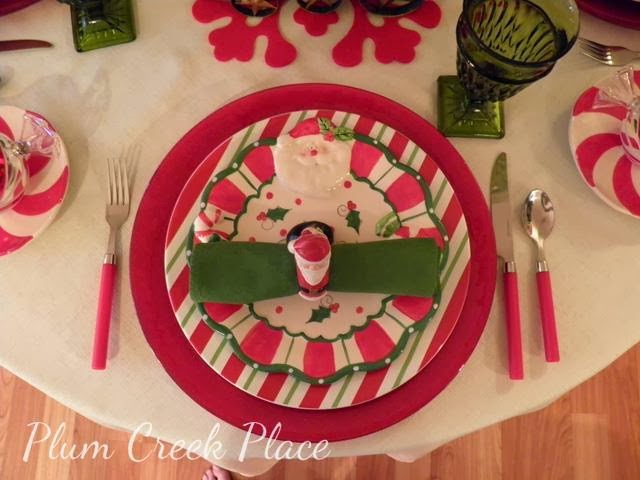 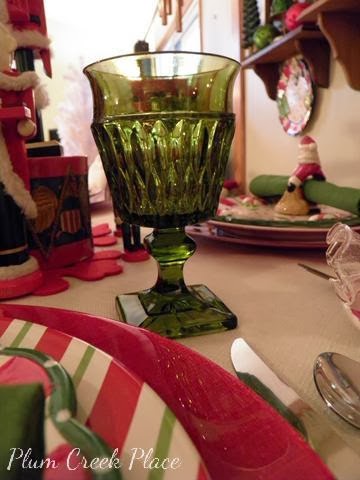 And Yep, He's got that bag full of toys. 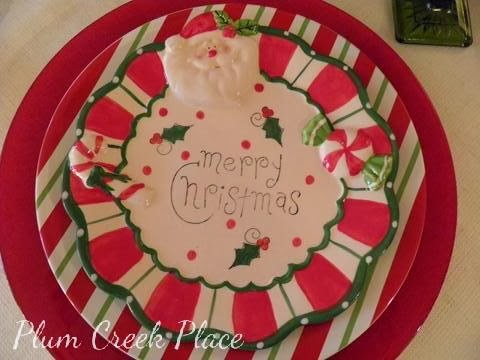 And I'm still hearing those bells jingling and jangling over and over, and over again 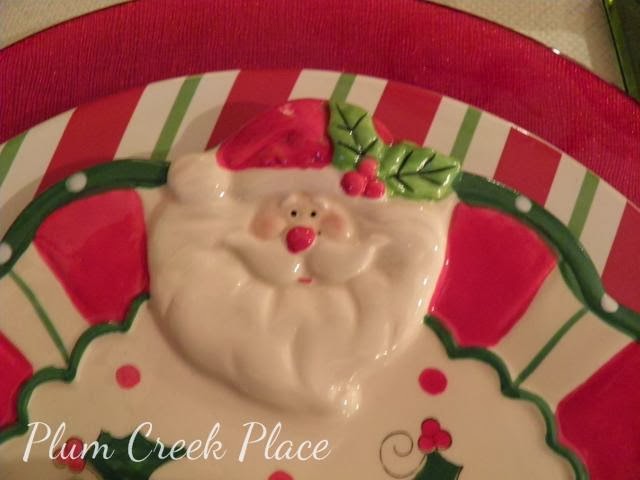 Now you know that was a beautiful sight
When those kids jumped into bed, 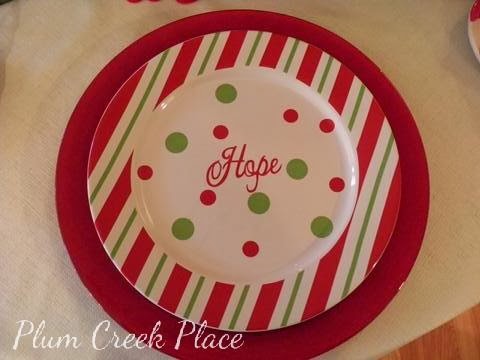 And covered up their heads, 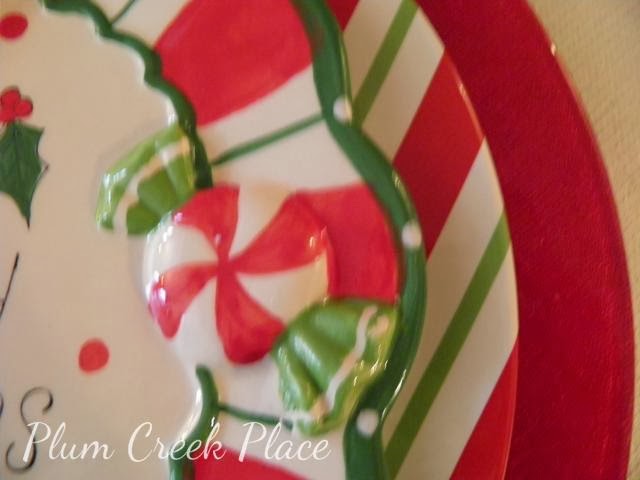 and let their poor Mom sleep! 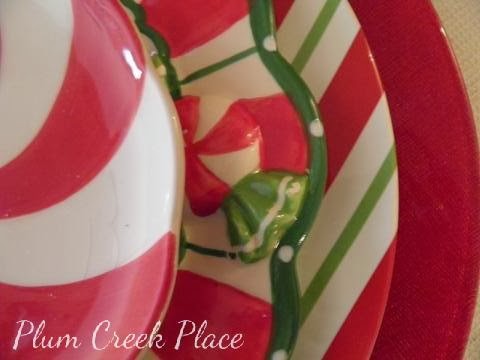 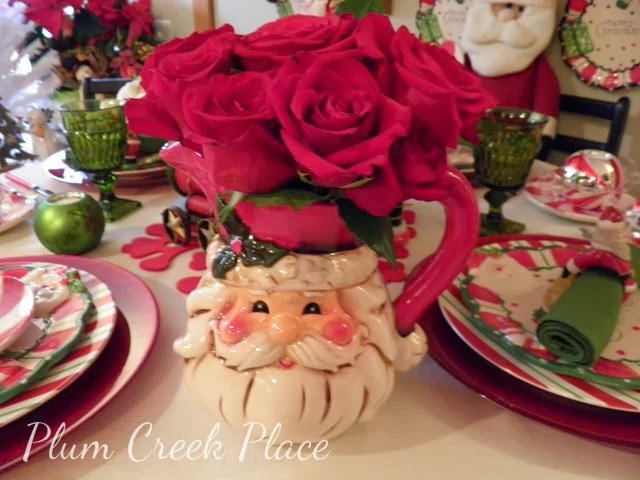 
Have a wonderful week - check back often - I have more holiday tables coming (if I can ever get the pictures downloaded).

Thrift on ladies, thrift on.